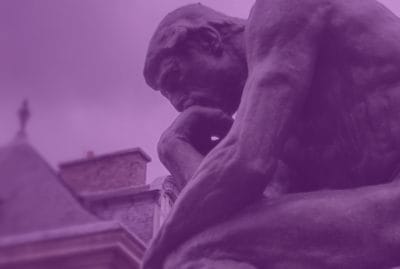 Graphic form is the shape that embodies the idea.

For example, an apple can be depicted either by a photo of an apple, or the silhouette of an apple, or even its outline. These forms that represent an apple all convey the idea of an apple. However, the effectiveness of which the idea is communicated is dependent upon many levels of context.

The abstraction of an idea into a flat space, to make it a graphic form, is an integral part of Graphic Design. Usually, the goal is to communicate the idea as clearly as possible. So why not depict the apple as close to reality as possible with a photo? The computer company’s logo, Apple,  clearly depicts an apple and leaves no room for misinterpretation. So why not use photos of everything?

The idea is usually not as simple as just an apple. The graphic form is merely a component of an entire design. In a design of a poster for example, the existence of multiple forms and large amounts of text can compete with one another for the reader’s attention. To increase readability, graphic forms are usually simplified into basic shapes, and flattened into a limited amount of color. They are made to work with type more harmoniously and further refined to convey the layers of information with clarity.

The concept of contrast also defines the graphic form of an idea. In a field of 10 squares and 1 triangle, the form that will be noticed is the triangle. A design placed on a wall, on a billboard, or on the internet, are usually lost in a field of other designs. In order to help define your idea over the others, forms that contrast those around it are effective. Basic factors such as typeface, color, scale, and form are elements that can easily help get a design noticed.

To increase readability, graphic forms are

and flattened into a limited amount of color.

The representation of an idea goes beyond its place on the page or its place on a wall. There is the larger context to consider the audience. The ability of the audience to interpret your design is based on the ability of the audience to understand the forms in which an idea is embodied. Preferences of form, and the ability to understand form, can change by age group, location, and through time. We all understand the representation of dollars by a symbol: $. Though symbols universally communicate, they are become ordinary by usage. As the audience becomes visually educated and aware of these forms, the visual language of graphic design expands. However, the evolution of forms must also take place in order to keep interest.

In the overall scheme of things, fresh ideas and interesting graphic forms have always been able to attract attention. New ways of representation strike curiosity. But the goal is to communicate and the form is part and parcel of visual communication. 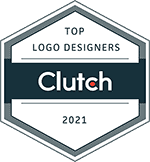 STAY IN TUNE WITH US